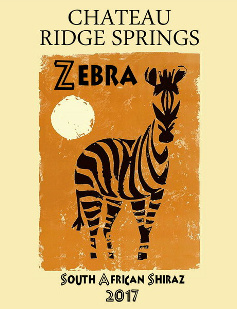 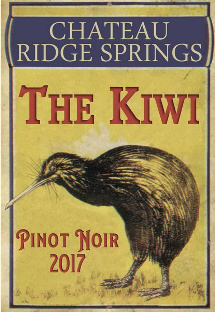 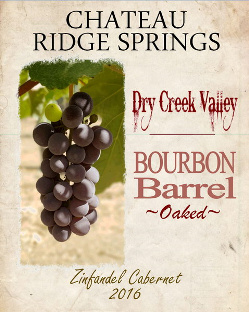 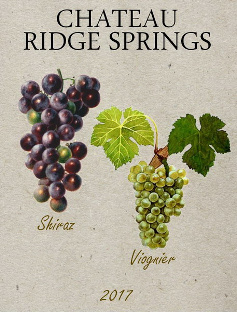 There are three species of zebras: the plains zebra, the mountain zebra and the Grévy’s zebra. All three belong to the genus Equus, along with other living equids. The mountain zebra (Equus zebra) is native to south-western Angola, Namibia, and South Africa.

This South African Shiraz was fermented with French oak and aged with Hungarian medium-toast oak. We filtered this wine to give it a beautiful polish providing a clear garnet color.

We chose a vintage lithograph* of a zebra that reminded us of Africa and the excitement of being on the world’s second largest and most populous continent.

The Black Kiwi is one of our premier productions of Pinot Noir from grapes grown in New Zealand.

The inspiration for our label was pretty simple: find something iconic for New Zealand. We found a vintage advertisement for Kiwi Boot Polish to serve as the backdrop having a great illustration of a brown Kiwi — a flightless bird native to New Zealand.

We used bourbon barrel oak exclusively during the two-week primary fermentation to “soak-in” the tannins from the grape skins with the smoke, vanilla, and the unique notes of bourbon which give this wine a dimension like none other.

This is the second “bourbon barrel” oaked production we’ve done, and we’re expecting the best results after one to two years in the bottle.

Australian Shiraz Viognier comes from an unlikely partnership – that of a white-wine and red-wine grape. The practice of blending shiraz with viognier began in France, as the two grapes grow alongside each other in the Côte-Rôtie region of the Northern Rhône Valley.

Rhône winemakers often ferment the grapes together and under French law, can blend up to 20 percent viognier into their red wines. The viognier imparts floral and apricot notes to the bouquet, bringing an aromatic boost and enlivening the wine’s color. This wine has been fermented with Hungarian and American oak. 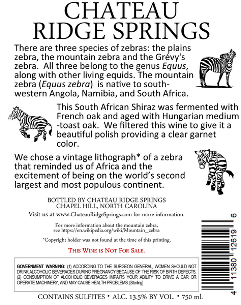 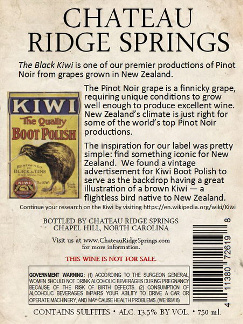 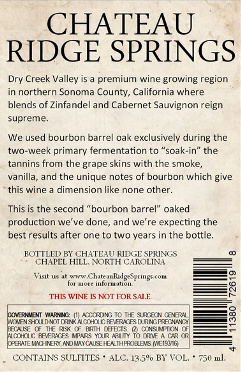 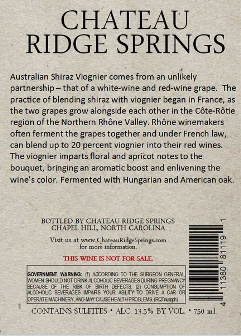